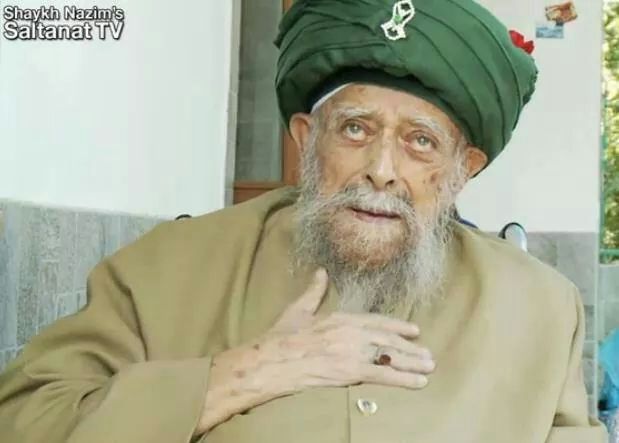 In any case, I think I told you at one time that at the beginning when Allah had decided to create Nabi Adam (a.s.), He made an announcement to the angels to that effect:

Behold, your Lord said to the angels: “I am creating a vicegerent on earth” (ii:30).

When Allah “decided” to create the first man, He took some clay from this world and fashioned him with His own hands. Then when He had finished fashioning him, Allah blew into this man of His Divine Spirit. Allah says in the Qur’an:

Then He fashioned him and blew into him of His Spirit (xxxii: 9).

After the creation, Allah addressed the angels:

Allah called all the angels, countless numbers of them, and instructed them to make sujud to Adam. The angels all went into prostration around Adam giving recognition to Allah’s new creation. Only Iblis, the head of the jinn, refused to acknowledge Adam:

And behold, We said to the angels: “Bow down to Adam,” and they bowed down except Iblis. He was haughty and refused and he was of those who reject faith (ii: 34).

Allah said: “What prevented you from prostrating when I commanded you?”  He said: “I am better than he.  Thou created me from fire, and him from clay.”  Allah said: Get you down from here.  It is not for you to be arrogant here.  Get out, for you are of the meanest (of creatures)” (vii: 12-13).

In the meantime, Allah had also created a mate for Nabi Adam (a.s.), Sayiddatuna Hawa (r.a.). And so they enjoyed their life in Paradise but they were warned not to eat of the fruit of a certain tree:

We said: “O Adam, dwell you and your wife in the Garden and eat of the bountiful things therein as you wish but approach not this tree or you will fall into harm and transgression” (ii: 35).

However, Allah had decreed that the destination of Nabi Adam (a.s.) and his wife, Sayyidatuna Hawa (r.a), would be this world. That is why he was made from the substance of this world. Although living in the Divine Presence, he was still made from that substance because it was decreed that he and his wife were to start the human race. It is very interesting that Allah had instructed the angel to fetch clay from the earth, where there is a proper combination of water, light and soil necessary for human occupation.

Ejected from Paradise, Shaytan was not happy with the situation because, according to Mawlana Shaykh Nazim, he wanted to have the honour granted to Adam. Allah granted Shaytan respite until the Day of Judgement, and he vowed that he would corrupt and mislead Nabi Adam (a.s.) and his descendants. It was decreed by Allah Almighty that a major evil force would be placed on earth as a challenge for all those who desired to reach spiritual heights. Only by using religious truth to make battle with and challenge evil could such heights be reached. It could not be otherwise. Those who do not challenge would succumb to Shaytan, become of his supporters and help to establish satanic rule on parts of the earth.

Shaytan initiated his campaign of evil by starting with Nabi Adam (a.s.) and his wife (r.a.) even while they were in the upper reaches of Paradise. In an unequalled display of arrogance and defiance of Allah, he sent a satanic whisper to them from outside Paradise. In this whisper he said:

And he said: “Your Lord only forbade you this tree lest you should become angels or such beings as live for ever” (vii: 20).

In their innocence, they believed him and went to eat of the fruit. They had transgressed the Divine Commandment. When they ate, they became aware of their nakedness and ran away from each other. They then took of the leaves of the trees of Paradise to cover themselves. It is interesting that Shaytan refused to give recognition to Allah Almighty as “Lord”. He referred to Allah as “their Lord”, not as “our Lord”. Allah Almighty spoke to them after their transgression:

Did I not forbid you that tree, and tell you that Shaytan was an avowed enemy unto you? (vii: 22).

After this Divine Reprimand, Nabi Adam (a.s.) and his wife (r.a.) went into intense repentance:

Our Lord!  We have wronged ourselves.  If Thou forgive us not and bestow not upon us of Thy Mercy, we shall certainly be lost (vii: 23).

“O our Lord,” they said, “O our Lord.” With these words, spoken from the depths of humility and regret, they gave recognition to Allah Almighty as Lord, saying, in fact: “Thou art Lord. We should have obeyed Thy Command not the whispers of Shaytan.” And they took personal responsibility for their transgression. They did not say: “Shaytan had misled us.” No, they said: “We had done wrong against ourselves. We had disobeyed. We had transgressed.” They pleaded: “O Allah, if Thou dost not forgive us and grant us mercy we would be lost.” They knew that forgiveness and mercy were with Allah. He dispensed forgiveness and He dispensed mercy. They knew about His Names of being All-Forgiving (Al-Ghaffur) and of being All-Merciful (Al-Rahman). Their plea was the first call in the cosmos from this human race to Allah for forgiveness and mercy.

For the first time Allah brought into operation His Names of being the All-Forgiving and the All-Merciful for this human race when He forgave Nabi Adam (r.a.) and his wife (r.a.) for their transgression, and granted them mercy. For the first time forgiveness and mercy were asked for, and they were granted. And so Allah decreed that those two Names would come into operation as a consequence of the appeal of Nabi Adam (a.s.) and his wife (r.a.). And from that time those two Names have been in operation for us, and they will continue to operate for us until the Day of Judgement.

What is the message that has come down to us from the time of the transgression of Nabi Adam (a.s.) and his wife (r.a.)? It is clear that the Divine Message that has come down through the course of time is that Allah Almighty grants forgiveness and mercy for our transgressions, but we must plead. We must show remorse and regret and pour out our hearts in our appeal to Him, either with the words used by Nabi Adam (a.s.) and his wife (r.a.) or similar words. Allah Almighty is Most Generous and grants to those of us who plead for repentance. Through such pleading, Allah’s granting of forgiveness erases all our transgressions, and then it is as if we had never transgressed.

(Alhamdu lillah: all praises be to Allah). I depend so much for myself on what is mentioned in this paragraph. These words have given me hope for the Hereafter and have given me a totally different understanding (the little I have) of Allah Almighty. Although I know that He punishes, for me He is All-Merciful, All-Generous, All-Forgiving. In the broad understanding that I have of Islam, and this understanding is so little, I know that I can depend on my Lord’s Mercy for myself, and on His Forgiveness when it comes to all my transgressions. And again I say,

Getting back to our story. After the repentance, Allah sent Nabi Adam (a.s.) and his wife (r.a.) out of Paradise to this world. The Qur’an says:

(Allah) said: “Get you down, with enmity between yourselves. On earth will be your dwelling-place and your means of livelihood for a time” (vii: 24).

These words could not only have been spoken to Nabi Adam (a.s.) and his wife (r.a.) because Allah uses the plural command (All of you go down) and not the dual (The two of you go down). It appears that this was a Divine Command to them and to the souls of all future human beings who were going to live on earth. Nabi Adam (a.s.) and his wife (r.a.) started the migration from Paradise to earth and they were to be followed by all the souls created by Allah Almighty. And so the Divine Command was a plural one. 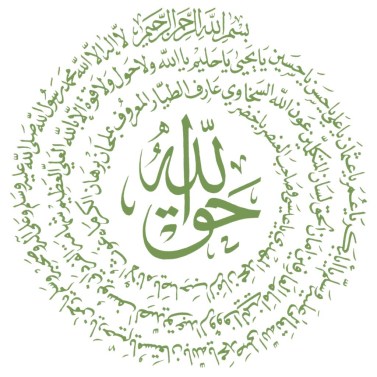