Shaykh Yusuf da Costa: The status of the Awliya’ 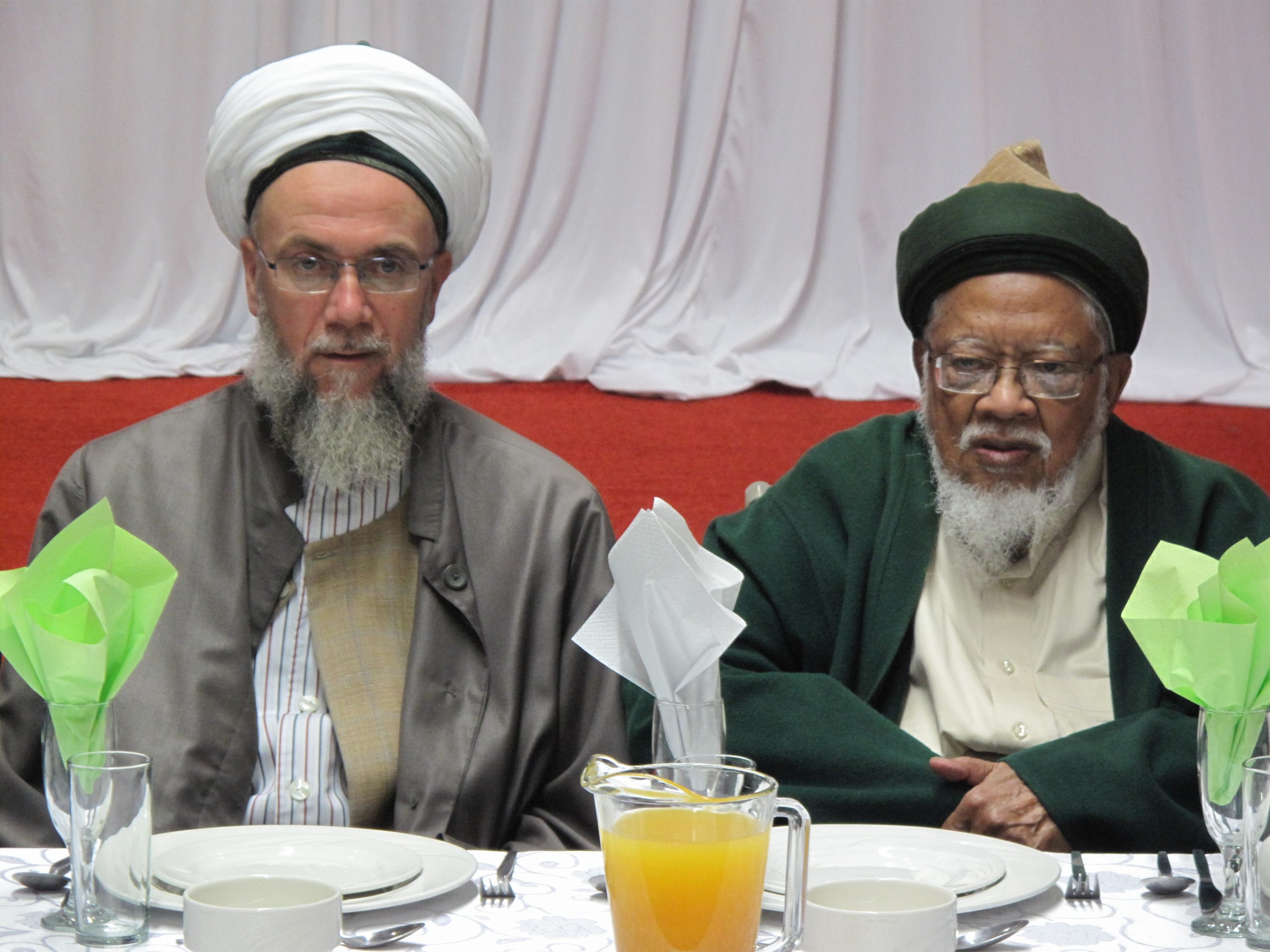 When he got back to Madinah, he told the people about the incident and they confirmed what Sayyiduna Umar (r.a.) had done on the minbar.  What special power did Allah Almighty give this man?  And could his voice and sight have travelled further?  He was not a Messenger.  He was not a Prophet.  He was a Companion.  He was an intensely pious person.  That we know.  But what special qualities was he able to attain while he was with Nabi Muhammad (ﷺ)?  He must have received some special qualities from Allah Almighty so that his sight could see where no one else could see, and so that his voice could travel for long distances.

There is another story in the Qur’an about Sayyidatuna Maryam (r.a.).  She was not a prophetess, although some people say she might have been because Allah Almighty had sent a revelation directly to her.  She used to spend most of her time in her mihrab in prayer and supplications.  She became the most pious woman of all time, from the beginning of time till the end of time.  There was nobody else like her, not even Sayyidatunas A’isha and Fatima (r.a.). One day Zakariyah (r.a.) visited her and asked: “Where do you get this fruit from?  Every night, I come here and there is fruit”.  She said to him: “From Allah Almighty,” and she quoted the verse:

Truly Allah provides sustenance to whom He pleases without measure (iii: 37).

A time ago we went to visit Mawlana Shaykh Nazim in Cyprus.  He is an intensely pious man, one of the most pious persons in the world today.  One night, after Isha there were no taxis available to take us home. I said to my son: “How am I going to get home.  I cannot walk for 5 km uphill. In any case, there is nothing else I can do.  Let’s start walking.”  When we came to the first corner a car stopped next to us. The driver got out and said: “I do not know why I stopped here but do you want a lift?”  I said: “Of course we want a lift.”  The driver explained to us that he did not even live in that direction but he just came to where we were.  I, up to today, believe that it was the spiritual powers of Mawlana Shaykh Nazim at work.  And the thousands of people that have recited Shahadah by him?  Surely not the work of an ordinary man!

Behold! verily on the Friends of Allah there is no fear, nor shall they grieve; those who believe and have fear.  For them are good news in this life and in the Hereafter (x: 62-64).

Allah Almighty speaks about a group of people to whom He has granted His Friendship.  And He describes them as being those who have belief and who are ever-conscious of being in His Presence.  He also states that there is bushra for them, here and in the Hereafter.  What is the good news?  The good news, I am sure, that is heard is that our Lord is satisfied with them, and the good news of the Hereafter are all the exceptional rewards and graces to be provided for them there.  Who are these people?  Allah Almighty says about them: “I have granted them My Friendship.  I declare them to be My friends.  I love them so much, that I have given them a special spiritual present.  The special present I give them is My Friendship.  I have granted that to them.”  I don’t know if I ever told you this, but in the Muwatta of Imam Malik is a hadith in which it is recorded that Allah Almighty told Nabi Muhammad (ﷺ) that when He loves a person, He calls Jibril (a.s.) and says to him: “O Jibril, I love such and such a person, You must also love him.”  Then Jibril (a.s.) loves him. Jibril (a.s.) then calls all the inhabitants of the heavens and he addresses them, and he says to them: “Allah Almighty has declared His Love and Friendship for such and such a person, you must also love him.”  Then they love him.  That news about that person comes down to this world, and certain people come to know about that.

How do they come to know about it?  In a dream, for example.  Allah sends them a good dream or bushra.  Nabi Muhammad (ﷺ) said that revelation has ceased but bushra remains.  He was asked what bushra are, and he replied: “Good dreams that people have about you or what you have about yourself.”  And so someone will have a dream about a person that Allah has granted Friendship.  The news comes to this world that such and such a person is a Wali.  One day a man came to me in the Dorp Street Mosque in Cape Town, and told me that he had dreamt that a certain person in Cape Town is a Wali.  Dreams involving Nabi Muhammad (ﷺ) and very pious people are true.

Can we also one day fall in that category in which Allah says that He loves us?  Of course we can.  It is there for all of us.  Allah does not discriminate between His servants, He gives to them, but the first thing you must do, you must ask: “O Allah!” or “Ya Rabbi” or “O my Lord! Grant that special present to me.  Make me one of Thy servants.  Make me one of Thy Awliya’.” Why can’t we ask?  Why not?  What can’t we ask?  There’s a beautiful du’a that we can make.  We usually make it after Salatud-Duha.  The words are: اَللّٰهُمَّ آتِنَا مَا آتَيْتَ عِبَادَكَ الصَّالِحِيْنَ (Allahumma atina ma atayta ibadakas salihin: O Allah give to us what Thou hast granted Thy pious servants).  There’s another one, after the wudu: اَللّٰهُمَّ اجْعَلْنَا مِنْ عِبَادِكَ الصَّالِحِيْنَ  (Allahummaj alna min ibadikas salihin: O Allah, make us of Thy intensely pious servants).  We must ask Allah Almighty.  We must not be afraid.  Every time we make du’a, we must ask: “O Allah, I want to be of Thy Awliya’.  Please make me one.”  Do you think that if we knock on Allah’s door every day, or in the middle of the night, five times everyday, He is going to chase us away? O no!  Allah is Most Merciful!  Most Compassionate!  Most Forgiving!  He will tell the angels:  “Look at my servant. Every night he asks Me for this special present.  I am going to grant it to him.  I shall lead him and guide him until I grant him what he asks.”  We must ask Allah for all of us.  We make du’a for His satisfaction and grants so that one day when we come to the Hereafter, He will say: “These servants are My Awliya’.  I love them very much.”  We ask Allah for that through the blessings of Al-Fatihah …